Blackheads and whiteheads are types of acne. Both occur when pores in the skin become clogged with oil, dead skin cells, and bacteria.

Blackheads are small, black bumps that appear on the skin. They are called blackheads because the surface of the bump is black or dark brown. Blackheads occur when the pore is only partially blocked, so some of the oil and bacteria are able to come to the surface and oxidize, turning black.

Whiteheads are small, white bumps that appear on the skin. They are called whiteheads because the surface of the bump is white. Whiteheads occur when the pore is completely blocked, so the oil and bacteria are trapped under the skin.

Overall, the main difference between blackheads and whiteheads is the level of oxidation that has occurred. Blackheads are partially oxidized, while whiteheads are not.

Click Here For The Biggest Archive of Popping Videos 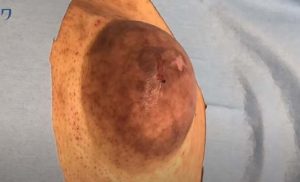